HomeBlog Our Website is brand new – but we have over 40 years of history at Aylesbury-Studios.

Our Website is brand new – but we have over 40 years of history at Aylesbury-Studios.

There’s nothing like getting something new or updating a beloved item – So lets go back to where Aylesbury-Studios began .

Today the pre-press or reprographic world has been digitized and changed immensely with the advent of computers and their imagery progression ever evolving. Anyone working in a  reprographic studio,  ensure (that whilst they have a background knowledge of the creative side of images and how they come together) the computer can produce an image in a file, colour proofed and ready for the final printing in minutes rather than hours.

This was not always the way…. 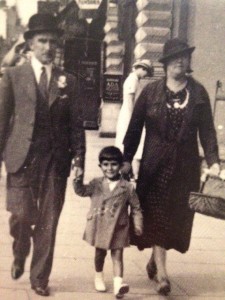 Gordon Ellis from Bromley Kent, (the smart young man in the photo) originally left school and started his apprenticeship as an engraver for letterpress printing.  When at the end of the fifties/early sixties, litho printing became more popular and letterpress started to dwindle, Gordon adapted his skills and specialism.  After working for another company for many years Gordon founded Aylesbury-studios in the early seventies (so called Aylesbury as his first premises were in Aylesbury Road, Bromley, Kent).

Shortly after in the late 70’s Brian joined  Aylesbury-studios. With his skills for litho printing, film separation in preparation for platemaking and scanning, he quickly became a much valued member of Aylesbury.   The studio back then was filled with many dark rooms, each with their own large format camera and ultraviolet lights.  Large machinery was also present from processors (we still have one in our studio today) to huge work benches for the artworks to be formatted.

1986, with The Communards “Don’t leave me this way” and Madonna “True Blue” in the charts, Nick Stevens joins Aylesbury Studios. With Gordon’s guidance, 4 years later he completed his apprenticeship.

The Mac computer was advancing rapidly within the reprographic industry and great changes were afoot as scanning negative separated films moved to digital image files such as pdf. jpg. quark etc.

Nick was heavily involved in the discussion and creation of post script files, which would supersede 4 colour film separation, enabled clients to receive an electronic file rather than manual film. Working closely with a large publishing company and travelling to Italy, exploring further developments, this resulted in Aylesbury-Studios emerging with the newest advances in technology and publishing reprographics. 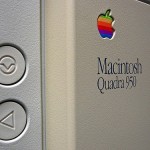 Debbie (Gordon’s eldest daughter) then followed in her fathers footsteps by starting at Aylesbury Studios in the year of 1998 – Robbie Williams singing “Angels” and Steps with “Tragedy” being played on the radio constantly. Initially starting within the company, taking over from Gordon’s long term and loyal personal assistant, Jean.

So here we are now in 2016, and Gordon has  now retired.  His ability to trust in his younger team and have the courage to persue new ideas, together with listening and being adaptable to his clients’ needs and requirements, have enabled Aylesbury to transition with the ever evolving world of computers, whilst also offering a traditional, specialist service with flexibility and professionalism to a high quality and standard. Gordon is healthy and well, his sense of humour and interest in life has never left him.  Together with an inquisative nature, he has travelled all over the world and now in his 80’s still likes to play golf and travel in the UK and Europe.

Brian is still very much an important part of Aylesbury-studios overseeing the scanning operations. This resulting in Aylesbury Studios consistently being chosen specialists for handling art works and original illustrations.  Whilst technology has evolved and we also use flatbed scanners, we remain one of the few companies in Europe to use a Crosfield scanner, which ensures we continue to specialise in pre-press reprographic services.

Nick and Debbie are now Directors having both worked up within Aylesbury studios and we are pleased to say that Nick has moved on from working on the intial Mac Quadra 950 machine (with storage space of upto 1GB on the internal hard drive & 1.4 mb floppy disk drive) to the latest Mac technology. Another example of advancement being colour proofing and offering Fogra certified proofs which are so valuable for quality control and colour management.

“Gordon has always been a traditional, old fashioned smart gentleman who also believed in giving young people opportunities and trusting in their abilities for the good of the company and clients, together with a great sense of humour”

Both Nick and Debbie continue to follow the foundation  of Aylesbury studios, in an ever changing world and market – hence continuing to move forward with their marketing campaigns together with the addition to Aylesbury studios of Colour Chameleon – so watch out for him.  We now hand you over to our clients to share their thoughts….. click here

From Art to Exhibition

Painting to be creative 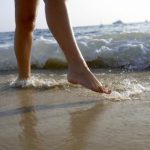 Imaging for Summer Travels and Holidays

What do you get from a book?